Will New Mutants ACTUALLY Be Released August 28th – or Ever? MMN #276 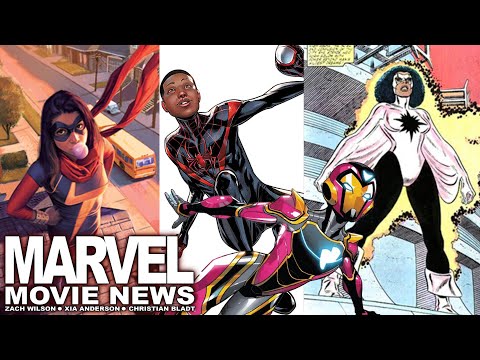 Popcorn Talk Network, the online broadcast network that features movie discussion, news, interviews and commentary. Each week hosts discuss a round table discussion of the latest News and insight regarding Marvel movies.

#PopcornTalk #NewMutants #MarvelMovieNews We have ANOTHER release date for New Mutants, which will come out August 28… you know, unless of course, it doesn’t. We also get confirmation that MCU films will not be released On Demand or Disney+ and be kept for theaters. Production can resume in the UK — but will it? Game of Thrones director Michelle MacLaren rumored to direct Captain Marvel 2. Deadpool co-creator Rob Liefeld says Marvel Studios has no plans for Deadpool. Comic book shop orders 500 copies of New Warriors #1 because of the backlash over two characters, which leads to who are the least popular Marvel characters? We cover it all with our hosts Xia Anderson, Christian Bladt and our guest Jeff Williams Jr on Marvel Movie News!

-The Con Guy / The Scare Guy